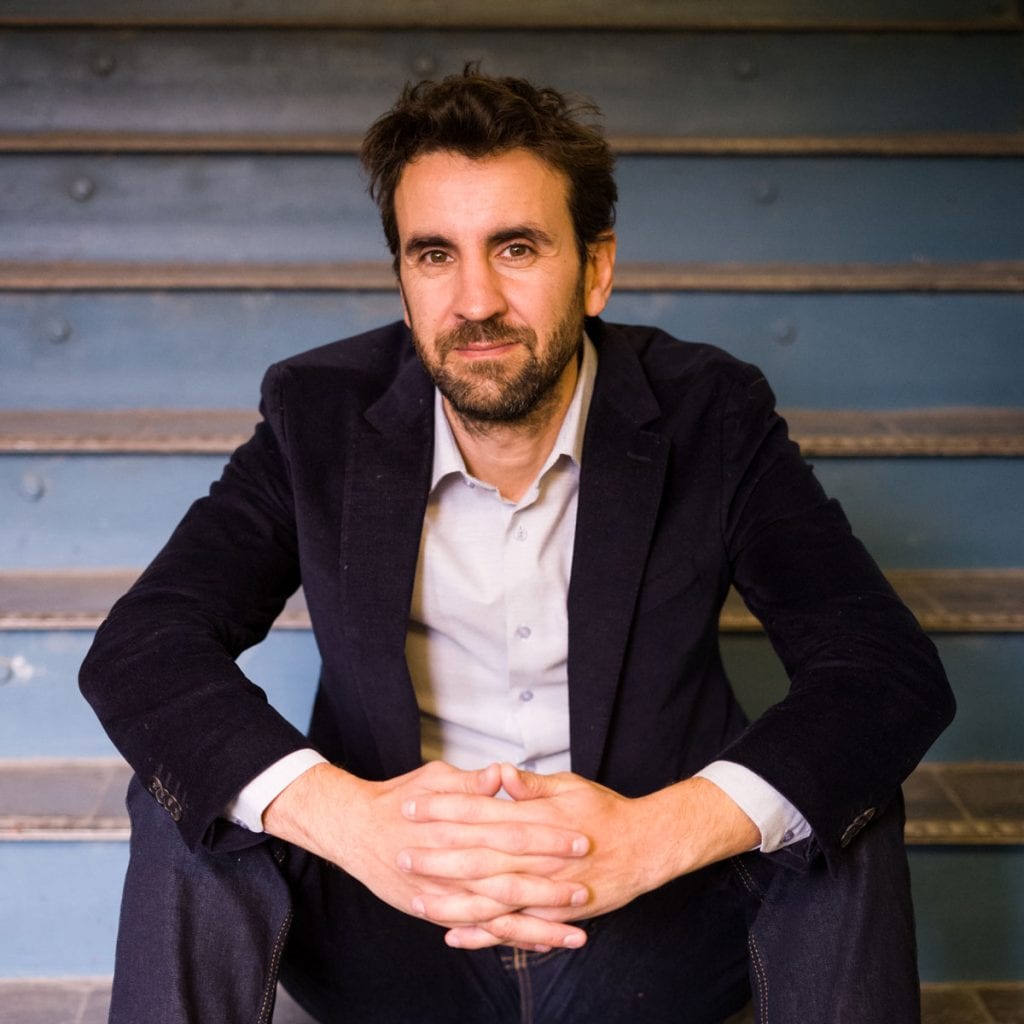 Joseph Grima, a multi-talented designer, architect, researcher, curator, and journalist, is the International Friend of Habitare in 2020. Grima will pick the most interesting content featured at Habitare and will hold a keynote speech on Wednesday 9 September 2020. Habitare will be open at Messukeskus in Helsinki from 9 to 13 September 2020.

Joseph Grima is a British architect who has enjoyed a diverse career and has an extensive background in exhibition curation, research and writing. He has worked as the director and curator of many design and architecture events, and he has also been the editor-in-chief of the architecture and design magazine, Domus. Grima is currently working as the creative director of the Design Academy Eindhoven and the curator for design, fashion and craft at the Milan Triennial.

Right now, Grima, with his design agency, Space Caviar, is working to find solutions to a topical question: how can we achieve success without growth?

Joseph Grima describes the background of the project: “Our aim is to study how we can promote happiness, prosperity and people’s livelihoods without basing our actions on the idea of growth. We live on a planet that stays the same size. If we constantly create new matter, we will inevitably come to an unhappy end”.

In the Non-Extractive Architecture project, we will transform Palazzo delle Zattere in Venice into a research centre, where a large number of exhibitions, designer residencies, conferences and events, research laboratories, design studios and material workshops will be realised.

According to Grima, the situation caused by the coronavirus pandemic shows that humankind can work together if there is an awareness of a state of emergency.

“I believe that the situation can provide us with great ideas for solving other global challenges, such as the climate crisis. Survival is possible if we work together. We need a radical intervention in people’s way of life, probably permanently. However, it is of course possible that, when the current situation ends, people will rush back to doing the same things as before. That said, I hope that the ongoing situation will be an opportunity to learn”, says Grima.

Grima says that in recent years he has personally tried to fly less, not only for climate reasons but also as a lifestyle choice.

“We have seen an era that has been characterised by world exploration, travel, and constant movement: habits that were inevitably seen as a kind of privilege. Former jetsetters now realise that the real privilege is to stay put. I hope that these values will continue to evolve.”

Finland changes our conception of design

In September, Grima will come to Helsinki for the Habitare fair, to explore its offerings and current Finnish design.

“Finland seems to be a country that tends, at regular intervals, to drop ‘design bombs’, which change our thinking about design – not only aesthetically, but also technologically. Finland has the ability to turn the world upside-down by making small changes. There, the role of design can be seen as integrated into society in a unique way, which is probably due to the fact that design is embedded so deeply in the Finnish roots. This is something that others should learn from”, Grima adds.

Joseph Grima is an architect, curator, researcher and journalist who divides his time between Milan and Eindhoven. He is the creative director of the Design Academy Eindhoven and the curator for design, fashion and craft at the Milan Triennial. He is also the founder and partner of Space Caviar, an architecture and research practice operating at the intersection of design, technology, critical theory, and urban planning. The agency produces architecture, publications, exhibitions and films, which have been presented, for example, at the Venice Biennale of Architecture, the Vitra Design Museum, the Victoria and Albert Museum, the Metropolitan Museum of Art, and the Barbican.

Grima previously worked as the editor-in-chief of the architecture and design magazine, Domus, and the director of Storefront for Art and Architecture, an independent gallery in New York. In 2014, he was appointed the co-curator of the first Chicago Architecture Biennial, which is the largest exhibition of contemporary architecture in the history of North America. In 2012, he was the co-director of the first Istanbul Design Biennial. He was also the artistic director of Matera’s European Capital of Culture 2019 project.

Grima has taught and lectured widely at universities in Europe, Asia and America, including the Strelka Institute of Media, Architecture and Design in Moscow, under the tutelage of Rem Koolhaas. He has served on the juries of numerous international events, including the 2010 Venice Biennale of Architecture, which was directed by Kazuyo Sejima.

Habitare, the largest furniture, design and interior decoration event in Finland, will be held at Messukeskus in Helsinki, from 9 to 13 September 2020. Habitare offers experiences and ideas on interior decoration, and on the functioning and look of homes and other spaces. Habitare highlights the ideas and works by a new generation of designers, and sparks discussion. The International Friend of Habitare in 2020 is Joseph Grima. In 2020, the 50-year-old Habitare celebrates the history of Finnish design and living. | www.habitare.fi | @HabitareFair | www.facebook.com/habitare | #habitare2020

A foretaste of Habitare: international Wild at Heart exhibition opens in Helsinki