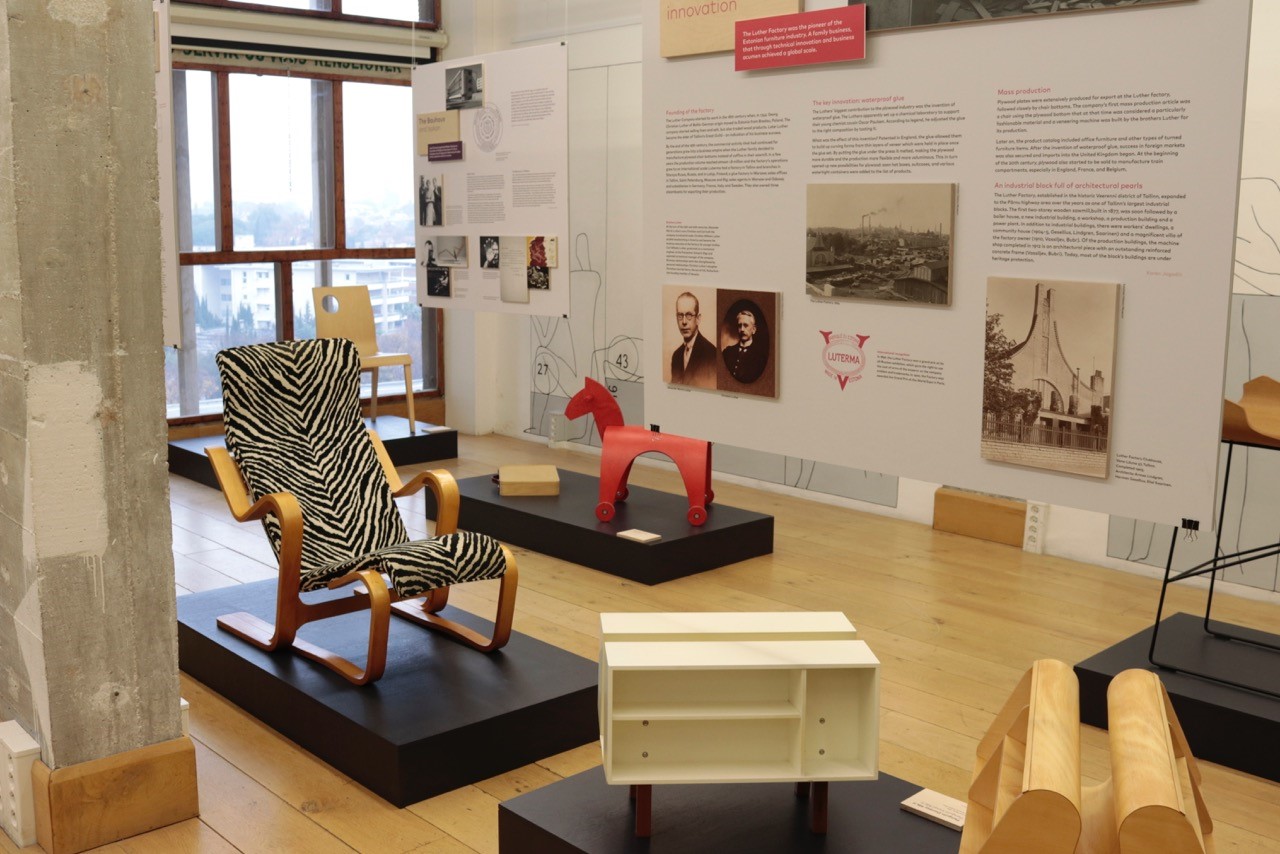 The exhibition offering of the Habitare fair will be complemented by an exhibition presenting furniture designs and architecture by A.M. Luther and Isokon. The exhibition by the Isokon Gallery in London was shown at the Tallinn Design Festival and Le Corbusier Unité d’Habitation in 2018. The exhibition also celebrates the centenary of Bauhaus art school. Habitare will be open at Messukeskus in Helsinki from 11 to 15 September 2019.

The Luther and Isokon exhibition will bring Tallinn and London to Habitare. The exhibition presents the individuals behind the famous British 1930s Isokon building, and its many famous residents, amongst them the founders of Bauhaus art school. The exhibition also includes modernist plywood furniture designed by masters of the Bauhaus for the Isokon Furniture Company and manufactured by the Estonian plywood maker A. M. Luther, resulting in some of the most significant pieces of 20th century furniture designs.

The initiator of the exhibition, Estonian Association of Designers, combined the exposition of Isokon Gallery in London with plywood furniture objects from Tallinn. The exhibition which was first time shown at previous Tallinn Design Festival DISAINIÖÖ travelled to Helsinki through Marseille Le Corbusier House and London Covent Garden.

“It is fascinating to discover the history of modernism and international cooperation between Estonia, UK and Finland – all connected to innovative use of plywood. The connections between Bauhaus and Isokon opened the way for experimental urban furniture. It is quite an unknown fact that the moisture-resistant adhesive for plywood was invented in Tallinn. Estonian Association of Designers is proud to present the Luther-Isokon exhibition in the country, which has plywood it’s genes,” says Ilona Gurjanova, President of Estonian Association for Designers.

“The 1934 Isokon building in London was not only ground breaking in its modernist architecture, but also the home to an almost unbelievable list of famous people. The Isokon founders had an international network of friends that included Alvar Aalto, Ray & Charles Eames, Le Corbusier, Charlotte Perriand, Frank Lloyd Wright, Josef & Anni Albers, Ernö Goldfinger and Nanna Ditzel. The Isokon Furniture Company, with its production in Estonia, could have been the British equivalent of Artek, had not war stopped its development,” says Magnus Englund, who has spent several years researching Isokon together with Leyla Daybelge for their book Isokon and the Bauhaus in Britain. Englund and Daybelge will also have a presentation about Isokon and the Bauhaus in Britain in Habitare.

The exhibition also celebrates the centenary of the renowned Bauhaus art school. The most well-known residents of the Isokon building in the 1930s include the founder of the Bauhaus art school, Walter Gropius, and the school’s professors Marcel Breuer and László Moholy-Nagy, all three who came to work for the Isokon Furniture Company while living in London.

Estonian Association of Designers (EDL) is a non-profit organisation representing over 150 designers. EDL activities are focused on raising the society’s awareness of the efficiency of design and developing user-friendly environment; organising competitions, seminars, workshops, exhibitions, design festival DISAINIÖÖ (from 2006) and also gives out the Estonian Design Award BRUNO. For promoting Estonian design abroad EDL has created a trademark Size Doesn’t Matter (2014) and established Estonian Design House in Tallinn (2010). The expositions of Estonian design has been to 16 countries. | edl.ee | #estoniandesignhouse | #disainiöö |

Opened in 2014, the Isokon Gallery in London tells the story of the Isokon building, opened in 1934, while exploring the history of urban living. Some of the most famous residents of the Isokon building in the 1930s included the writer Agatha Christie; the founder of the Bauhaus art school, Walter Gropius; and the Hungarian painter and photographer, László Moholy-Nagy. The Bauhaus art school was founded in Weimar, Germany, in 1919, and it is celebrating its centenary this year.

Habitare, the largest furniture, design and interior decoration event in Finland, will be held at Messukeskus in Helsinki, from 11 to 15 September 2019.  Habitare offers experiences and ideas on interior decoration, and on the functioning and look of homes and other spaces. Habitare highlights the ideas and works by a new generation of designers, and sparks discussion. To be held concurrently with Habitare are HiFi and the Habitare Pro professionals event. | www.habitare.fi | @HabitareFair | www.facebook.com/habitare | #habitare2019

Habitare to collaborate with the international Wild at Heart exhibition