Behind the scenes of the record-breaking EAACI Congress

Large science congresses are part of the Finnish summer. The number one event last summer was the European Academy of Allergy and Clinical Immunology (EAACI) Congress. During the week before Midsummer, there were more than 8,100 congress visitors from over 100 countries in Helsinki. Practically all Messukeskus Helsinki premises were being used.

The practical arrangements of the congress were coordinated by EAACI’s central office and its experienced partner network. It took care of everything from registration, accommodation, exhibition and connections with the event location and innumerable details. This enabled the Finnish hosts to focus on the scientific content. 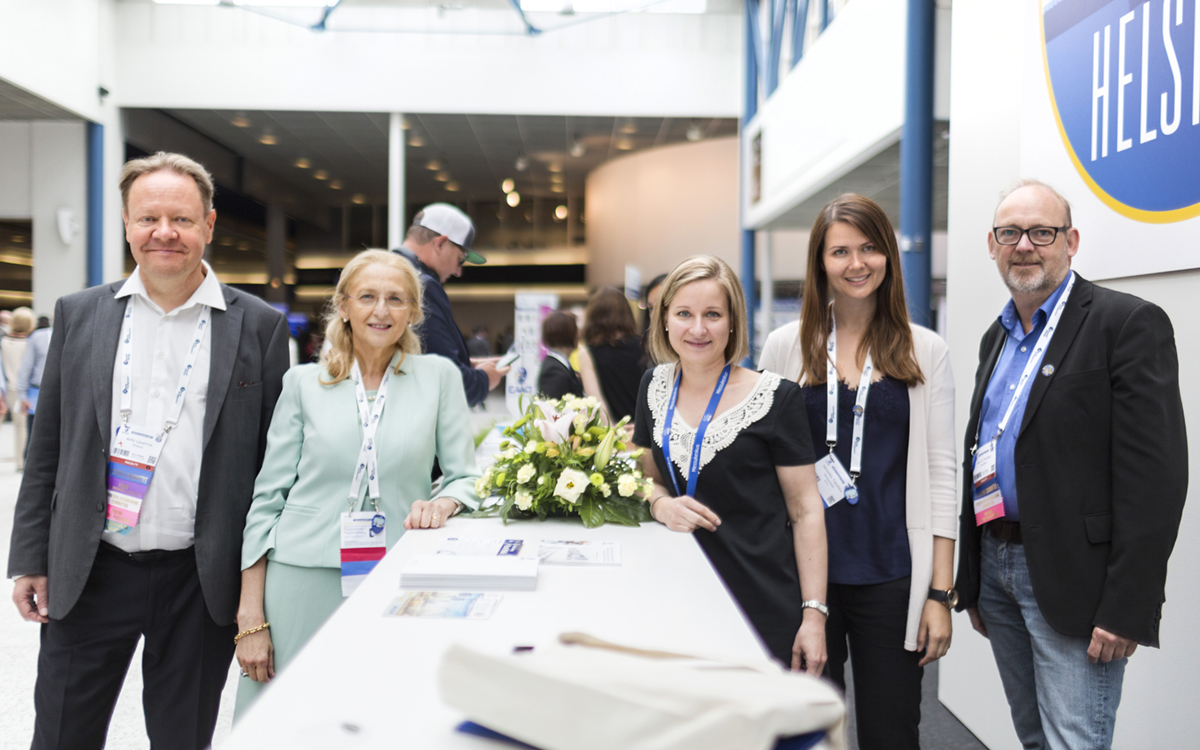 Seamless co-operation between all the parties led to great results!

Professionals get a lot out of science congresses. The latest research findings were offered in the EAACI Congress in a number of ways at the same time – seminar rooms, workshops, panel discussions, the exhibition area and by meeting colleagues. This took up all the meeting rooms and seminar halls. At best, we had some 3,000 in the same space.

The exhibition formed a key part of the science congress, with companies meeting their core target groups. The exhibition area was fully booked well before the congress started. Congresses are also excellent places for networking. During the EAACI welcome event in the first evening, people had a chance to meet old acquaintances and learn to know new people in a relaxed atmosphere. 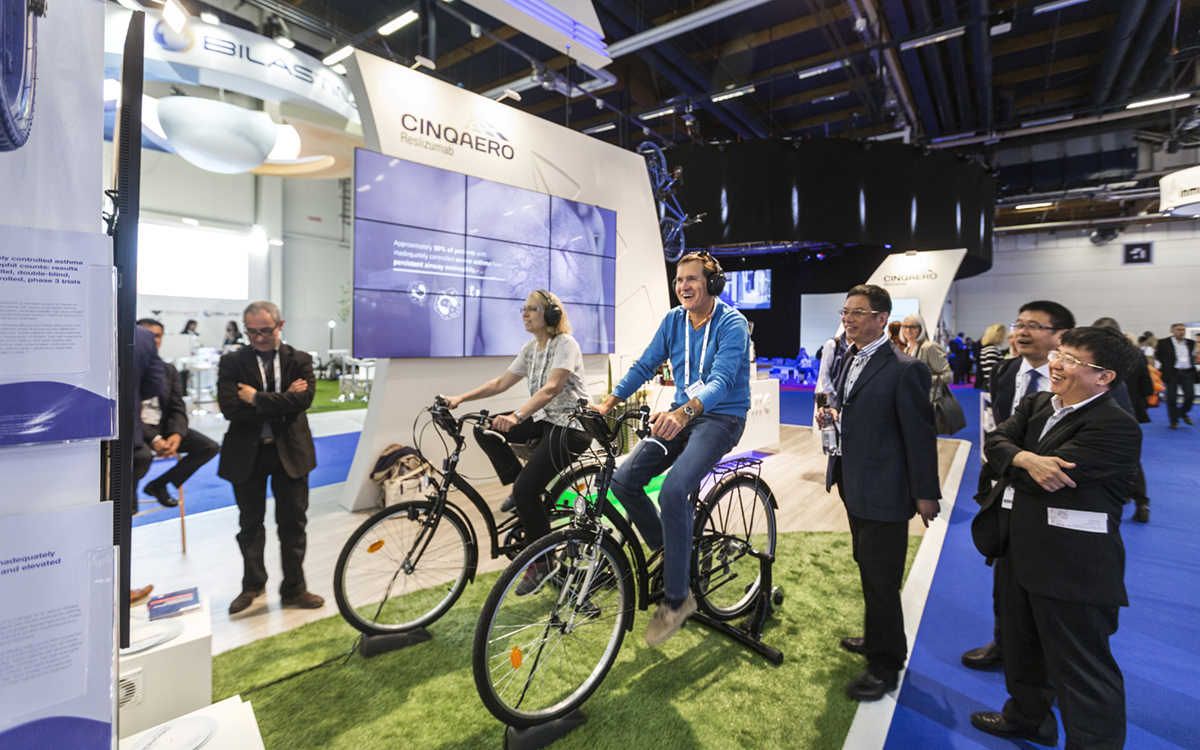 Congresses are important meeting points to see the latest news and services and to network with colleagues around the world.

Messukeskus has expertise for all needs

Project Manager Päivi Tikkinen was in charge of the congress arrangements at Messukeskus.

“Overall coordination was in the hands of EAACI’s central office,” says Tikkinen. “They were assisted by Interplan, specialising in exhibition arrangements. The registration and posters were done by K.I.T. Security, cleaning and some of the reservations were handled by VOBE. The AV technology partner was MiceMedia assisted by the AV specialists of Messukeskus SVV for video communication and Schenker for logistics.”

The network connections of the congress require special attention. SVV brought in their expertise. The connections had to work at all times, as thousands of participants logged into the network simultaneously. The visitors were thrilled of free Wi-Fi which worked.

Fazer Food Services played a big role, too, offering several lunch options, while the fixed restaurants of Messukeskus were also open throughout the congress. Catering services received a lot of positive feedback from tasty food to flexible and fast service – 500 extra lunch bags was arranged for the next day! 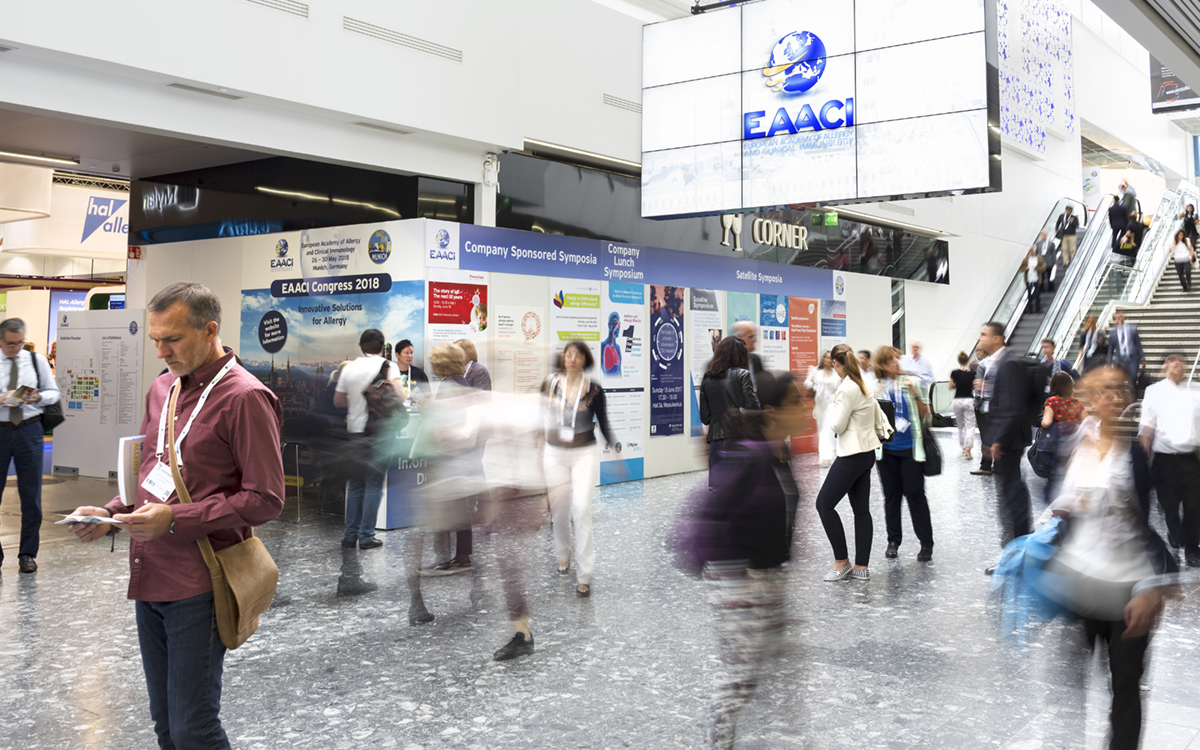 Functional signs are important part of the visitor experience.

The Messukeskus construction and furnishing services did a fantastic job. During the nights, things were taken down and new things were built. Come the following morning, some of the areas looked quite different than they did the previous day. Messukeskus designers and construction experts also took part. For example, EAACI’s own information desk and the design of certain exhibition areas were done by them.

The Messukeskus graphics services took care of the signs. Moving from one area to the next had to be quick and easy. This is where signs played a major role.

Security was taken care of by Messukeskus partner Securitas. Cooperation with EAACI’s security experts was close.

“Implementing a huge congress requires particularly close and detailed cooperation between all parties,” says Tikkinen. “When this was successful, so was the end result, and the participants had a memorable experience.” 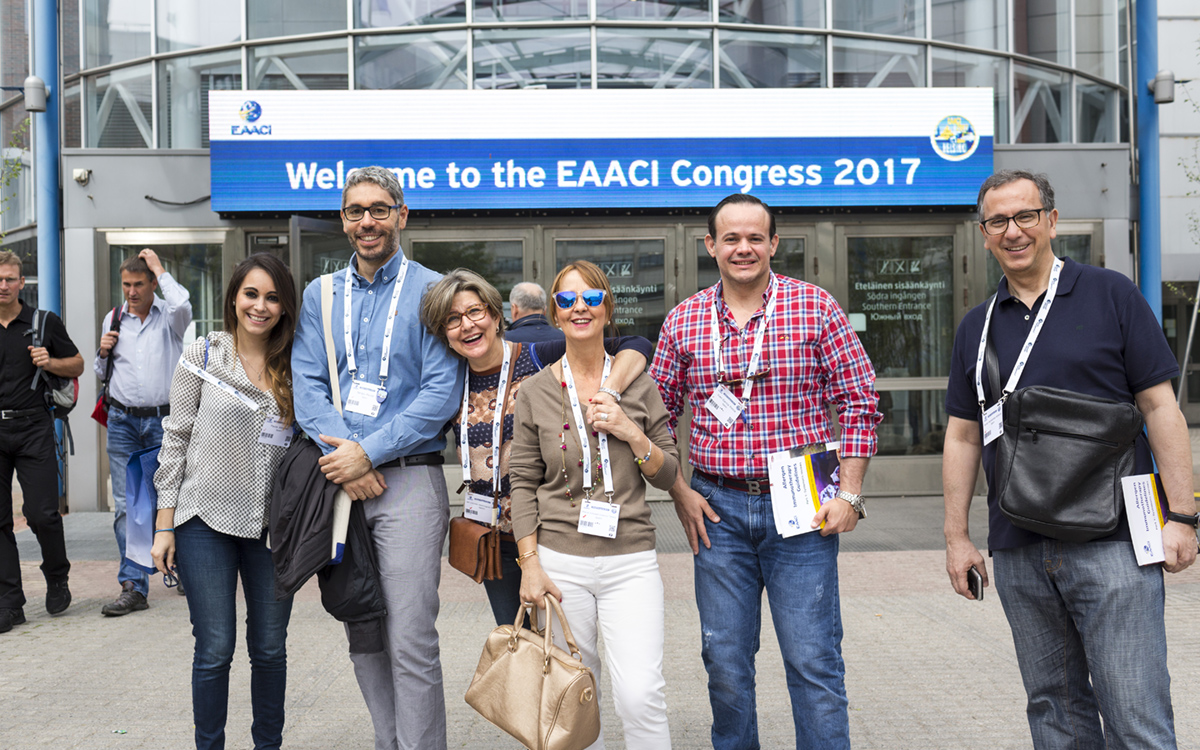 Happy EAACI visitors praised the congress, its services, tasty food, the venue and Helsinki as a destination.

A record-breaking congress summer 2017 attracted thousands of international visitors to Helsinki and Messukeskus. All congress organizers exceeded the expected number of visitors. In addition to EAACI there was two other congresses who had the all time high number of delegates.

International congresses have also a major financial impact on Helsinki. The 6 big summer congresses brought more than 25,000 visitors and EUR 50 million to the Helsinki metropolitan area in which EAACI had a share of EUR 12 million.

Messukeskus maintains close contacts with Finnish universities and organisations in order to support their efforts in bringing international scientific and organisational congresses to Finland. We do a significant part of this work in close cooperation with Finpro, Visit Finland, Helsinki Marketing and various convention bureaus. We also hand over the Scientific Conference Power Player prize sponsored by the Finnish Fair Foundation each year. The prize goes to a person who has put significant efforts to promote the organisation of international scientific conferences in Finland.

“When we work together we get good results. Success stories are the best PR for us”, says Anni Vepsäläinen, the CEO of Messukeskus.